Everything’s Bigger in Texas, Including the Construction Litigation (Part 2 of 3)

This is the second of a three-part series exploring the Texas Supreme Court’s decision in Zachry Construction Corp. v. Port of Houston Authority of Harris County.  A summary of the case can be found at Part 1 of the series.  Part 3 will address the lien waiver issues raised by the decision.  This post considers the “no-damages-for-delay” aspects of the case, specifically exceptions to enforcement of such contract clauses.

What Zachry Says About No-Damages-for-Delay Clauses

The Texas Supreme Court began its analysis by noting that as a general rule, a contractor can assume the risk of, and not seek damages for, construction delays by agreeing to a no-damages-for-delay clause (“NDFD clause”) in a construction contract.  The court, however, then went on to note five “generally recognized exceptions” to the enforcement of such clauses:

END_OF_DOCUMENT_TOKEN_TO_BE_REPLACED

An unpublished decision from the North Carolina Court of Appeals yesterday demonstrates how important it is to not only read, but also to fully understand, legally binding documents before signing them.

END_OF_DOCUMENT_TOKEN_TO_BE_REPLACED

Tagged as read before signing

END_OF_DOCUMENT_TOKEN_TO_BE_REPLACED

It’s typical for subcontracts to include a clause binding the subcontractor to the decisions of the project architect.  Such terms help general contractors and construction managers at-risk avoid obligations to subs below that can’t be passed through to owners above.  That’s a sensible and enforceable risk allocation most of the time.

But not all of the time.

Sometimes, the architect doesn’t play fairly.  Sometimes, the prime contractor fights hard for itself, but not hard enough for its subs.  And sometimes, a statute might provide a remedy when the subcontract does not.

On such occasions, as discussed below, subcontractors might avail themselves of an escape hatch:

END_OF_DOCUMENT_TOKEN_TO_BE_REPLACED 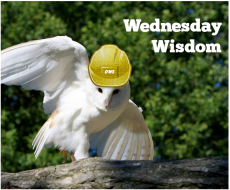 END_OF_DOCUMENT_TOKEN_TO_BE_REPLACED

There is no milestone more significant to a commercial construction project than substantial completion.  For an owner, it’s the long-awaited moment it can make beneficial use of its investment.  For prime contractors, it’s the moment the owner’s rights to terminate and/or assess liquidated damages is cut off.  For subcontractors, it’s the moment contractual warranties typically begin to run.  The list goes on and on. 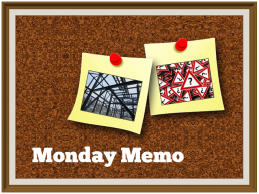 That’s not always the case, as a 2013 decision from the U.S. Court of Appeals for the Fourth Circuit (which includes North Carolina) reveals.

END_OF_DOCUMENT_TOKEN_TO_BE_REPLACED

Construction Tweets of the Week for the Week Ending Friday, October 25, 2013

1.  Scott Wolfe of Zlien.com tweeted about the pros and cons of filing a claim of lien on real property in advance of a construction mediation.  The linked blog post notes that while a claim of lien might enhance the claimant’s negotiation leverage, it might simultaneously generate adversarial tension up the chain, which in turn could make a mediated resolution more difficult to achieve.

Lien Blog: File A Mechanics Lien Before Your Mediation…or Not? http://t.co/Z3EuxkmAzz

It’s an interesting strategic question, particularly now that N.C. Gen. Stat. § 44A-23(d) expressly gives subs and suppliers the option to file their lien claims within 120 days of the prime contractor’s date of last furnishing, as opposed to their own date of last furnishing.  More than ever, timing is everything.    END_OF_DOCUMENT_TOKEN_TO_BE_REPLACED

I represent a number of highway/heavy contractors, all of whom know that doing business with the North Carolina Department of Transportation (“NCDOT” or the “Department”) requires careful attention to the agency’s “Standard Specifications for Roads and Structures.”  NCDOT’s Standard Specs contain both front-end “General Requirements” (what would be called “General Conditions” on virtually any other public or private construction contract) and back-end standards for all aspects of highway work — from earthwork, pipe culverts, subgrade and asphalt pavements to signing, materials, pavement markings and electronic signalization.As my highway/heavy clients also know, the NCDOT’s Standard Specs are regularly revised every 4-6 years.  Last year, NCDOT issued the 2012 version of its highway construction bible, updating the 2006 version.  This post focuses on what I consider to be the ten most significant changes to NCDOT’s front-end “General Requirements.”  As you will see below, these ten revisions affect how contractors obtain, perform and make claims on NCDOT work.

END_OF_DOCUMENT_TOKEN_TO_BE_REPLACED 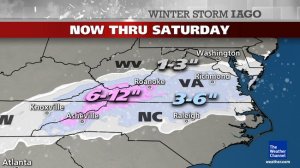 Would snow tonight give rise to excusable delay tomorrow? Image courtesy of The Weather Channel.

Is it just me, or has it been exceedingly gray and wet in Raleigh-Durham, NC so far in 2013?  Heck, forecasters are even calling for 3-6 inches of snow overnight in the Triangle (note to self: pick up milk, bread and other essentials during the lunch break, before the grocery stores shelves are predictably and thoroughly picked over).

The unusually dreary skies around here of late have me thinking about the intersection between the weather and construction delay claims.  Specifically, I’ve been ruminating on this question: when is a contractor’s project delay excused by nasty weather?

END_OF_DOCUMENT_TOKEN_TO_BE_REPLACED

Celebrity Delay Claim of the Century? 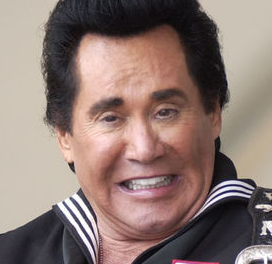 My weekly round-up of what’s making news in the construction industry turned up a story out of Las Vegas, Nevada about a developer suing an owner for compensable delay.  It seems that the $50 million project, involving the conversion of a private residence into a museum, has never really gotten off the ground.

And Mr. Las Vegas is smack-dab in the middle of it.

The conversion of Wayne Newton’s Sin City estate, “Casa de Shenandoah,” into ”Graceland West” involves construction of an exhibition space, a theater, a zoo and a visitors’ center, among other attractions.  But the developer is alleging that it can’t make meaningful progress so long as Mr. Newton and his family refuse to relocate to a new $2 million home the developer is building on the 40-acre property.  “It is quite clear that it was always their intention to remain in the Mansion regardless of the terms of the agreement,” the lawsuit alleges.

Some of the developer’s other allegations strike this construction lawyer as somewhat — ahem — “unusual”:

The company claims Newton’s home was in a “sad state of disrepair” when it purchased the land for $19.5 million in June 2010, with his horses uncared for and 6-feet-tall animal manure piles covering the grounds.

“The penguin ponds were disgustedly dirty, full of algae and were endangering the penguins, all of whom were sick and many had died,” the lawsuit reads.

– From the AP’s coverage, which you can read in full here.

For his part,  Mr. Newton contends the developer failed to acquire permits, failed to communicate with Mr. Newton, failed to turnover required financial statements and bullied its employees.  In other words, it looks like this dispute might have legs, and could stay interesting.

So I’ll be keeping my eyes on the story going forward.  Who knows?  Maybe the outcome will contain a valuable lesson or two for the construction bar.  But that’s of secondary concern.  For the love of Pete, save the penguins!