END_OF_DOCUMENT_TOKEN_TO_BE_REPLACED

N.C. Supreme Court Reverses the Court of Appeals, Holds a 20-Year Warranty Means What It Says

In September 2013, I blogged about the decision of the North Carolina Court of Appeals (“COA”) in Christie v. Hartley Construction, Inc., which held that owners of an improvement to real property could not recover money damages under a supplier’s express 20-year warranty because the lawsuit was filed outside of North Carolina’s applicable six-year “statute of repose.”  That statute, codified at N.C. Gen. Stat. § 1-50(a)(5), bars damages actions arising from improvements to real property asserted more than six years after substantial completion.  The COA’s Christie decision effectively meant that the statute of repose trumped an express warranty of a longer duration.

As I mentioned in my prior blog post, however, one of three COA judges on the Christie panel dissented from the majority’s opinion, giving plaintiffs the right to appeal to the state’s Supreme Court.  They did.  And that Court reached the opposite conclusion of the COA majority, ruling that the protection provided by the six-year statute of repose could be waived without violating North Carolina public policy.

END_OF_DOCUMENT_TOKEN_TO_BE_REPLACED

Back in March, I wrote about the role of North Carolina’s anti-indemnity statute in the construction industry.  The statute, codified at N.C. Gen Stat. § 22B-1, appears below (you can click the image for a larger version):

As my previous blog post indicated, the statute prevents “one party from shifting the entire risk of its own negligence to another.”  A recent case from the U.S. Bankruptcy Court for the Eastern District of North Carolina demonstrates how courts utilize the so-called “blue pencil” doctrine to accomplish that goal.

END_OF_DOCUMENT_TOKEN_TO_BE_REPLACED

4th Circuit: Construction Company Can Be Liable for Harassment by Another Company’s Agent

Construction is a relationships-driven business.  The most successful companies understand that rising to the top requires developing and nurturing solid relationships up and down the contractual chain, both before the contract is signed and throughout the period of performance.  It’s the ticket to generating repeat business, increasing bonding capacity, maximizing profit and thriving over the long haul.

Of course, a relationship between two corporate entities represents the sum of the interpersonal interactions between and among the owners and employees of the respective companies to the relationship.  Unfortunately, those interactions might not always be pleasant.  They might even become downright abusive.  And when one company’s agent harasses another company’s employee, the employer of the aggrieved employee could face hostile workplace liability.

END_OF_DOCUMENT_TOKEN_TO_BE_REPLACED

There is no milestone more significant to a commercial construction project than substantial completion.  For an owner, it’s the long-awaited moment it can make beneficial use of its investment.  For prime contractors, it’s the moment the owner’s rights to terminate and/or assess liquidated damages is cut off.  For subcontractors, it’s the moment contractual warranties typically begin to run.  The list goes on and on.

That’s not always the case, as a 2013 decision from the U.S. Court of Appeals for the Fourth Circuit (which includes North Carolina) reveals.

END_OF_DOCUMENT_TOKEN_TO_BE_REPLACED

The Monday Memo in recent weeks has focused on North Carolina laws and policies bearing on the Tar Heel State’s construction industry.  Today I turn my gaze to our nation’s capitol, where public hearings are underway on OSHA’s proposed rule to lower the permissible exposure limit (“PEL”) for airborne crystalline silica, a by-product of such common construction operations as concrete and stone cutting.

The hearings began on Tuesday, March 18 and continue through Friday, April 4, with a variety of construction industry and safety voices scheduled to be heard.

Here are five key points to bear in mind as the process moves forward:

END_OF_DOCUMENT_TOKEN_TO_BE_REPLACED

When More Is Less: The Paradox of Differing Site Conditions Clauses

If I were to tell you that unforeseen subsurface conditions — for example, wetter-than-expected soils requiring a change to a building’s foundation — resulted in a substantial cost-overrun on a publicly bid project, you’d probably say, “that’s lousy news.”  In the context of that one project, I’d have to agree with you; unexpected cost increases can create uncomfortable financial, PR and political pressures for a public project’s participants, not to mention unwelcome additional costs for John Q. & Jane Q. Taxpayer.

But what if I told you that the contractor’s entitlement to increased compensation on that one project would ultimately save the government much more money on future projects?  “Sounds great,” you might respond, “but I don’t believe in fairy tales.”

You don’t have to.  You just have to believe in the differing site conditions (“DSC”) clause.

END_OF_DOCUMENT_TOKEN_TO_BE_REPLACED

To limit the risk of litigating in multiple jurisdictions, regional and national prime contractors usually seek to centralize dispute resolution by including a forum selection clause in their subcontracts.  But some states, North Carolina included, have statutes on the books declaring such clauses unenforceable as against public policy.  See N.C. Gen. Stat. §§ 22B-2, 3.  The legislatures in states like North Carolina apparently have concluded that subs should be able to litigate in the state in which the project is being built. While that public policy is no doubt embraced by local subs, it might irk primes who perform work across state lines.

Which begs this question: can prime contractors circumvent such anti-forum selection statutes and ensure home field advantage when litigating against first-tier subcontractors?

END_OF_DOCUMENT_TOKEN_TO_BE_REPLACED 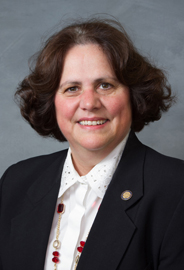 I had the pleasure yesterday of attending the first of four meetings of the “House Committee on Mechanics’ Liens and Leasehold Improvements,” a non-standing legislative research committee of the North Carolina House of Representatives co-chaired by Representatives Sarah Stevens (R-Mt. Airy) and Dean Arp (R-Monroe).  The Committee’s work is focused primarily on whether the state’s mechanics’ lien statutes should be tweaked to strengthen the lien rights of contractors performing work for project owners who lease, rather than own, the property being improved.

Current statutory law allows contractors to place a lien on so-called “leasehold estates” (see N.C. Gen. Stat. § 44A-7(7)), but as Raleigh construction attorney Henry Jones, counsel to the Carolinas Electrical Contractors Association and N.C. Association of Plumbing & Mechanical Contractors, explained, such liens, in practice, are “illusory,” for two reasons: (1) when the lease is terminated, so are any lien rights asserted against the tenant’s leasehold interest; and (2) a successful levy against a leasehold generally means accepting not only the lease’s benefits, but also its burdens, including the obligation to make rent payments.

The 2011 Pete Wall Plumbing decision of the N.C. Court of Appeals, which Research Division staff member Shelly DeAdder did a terrific job of summarizing, is a vivid example of how a contractor can be left holding the bag when a leasehold interest is terminated.  As Representative Stevens put it, “Poor Pete Wall did the work, but didn’t get paid,” and the expiration of its lien rights when the leases at issue were terminated by the record owner represented an “unfair result.”  Judge Steelman’s concurring opinion in Pete Wall Plumbing, while acknowledging the majority opinion “reaches the correct legal conclusion under the present state of our statutory and case law,” called upon our state legislature to “consider revising the provisions of Chapter 44A to prevent this unjust result.”

The big question for the Committee to consider over the coming weeks is this: under what circumstances might it be appropriate to permit a contractor performing a tenant improvement to place a mechanics’ lien on the record owner’s “fee simple” interest?

END_OF_DOCUMENT_TOKEN_TO_BE_REPLACED

Just Got Terminated for Convenience? Five Steps You Should Take Right Now.

Did your contract just get axed? Read on. (Picture by Hans Braxmeier / pixabay.com)

Most private owners negotiate for a contract clause permitting them to terminate a construction agreement without regard to the quality of the contractor’s performance.  These so-called “termination for convenience” clauses come in handy when, for example, an owner’s financing runs dry and a project must be halted.  A termination for convenience clause allows an owner to cancel a project without materially breaching the contract and avoid paying the contractor its anticipated lost profit on unperformed work.