Think You Have Grounds for a Bid Protest? Your Time to Act Is Now.

Bid protests are the focus of my inaugural Friday Forum, as I’ve been inspired by this compelling tweet yesterday from Birmingham, Alabama construction attorney Burns Logan:

Architects – If you want to challenge a bid process you need to do it before the project construction starts. http://t.co/cwl1MDiP1H

The linked story by Lisbon, Ohio’s Morning Journal discusses the dismissal of a lawsuit asserted by an architectural firm against an Ohio school board alleging the wrongful award of a design contract to one of the firm’s competitors.  The problem with the suit, as the judge apparently saw it, was its untimeliness.  Construction on the project had already begun, and a substantial amount of money already had been paid to those involved. 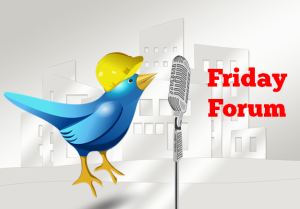 That’s a lot of water under the bridge before seeking to protest, as I observed in response to Burns’ chirp:

.@BurnsLogan Agreed. Goes for contractors, too. Want to stop a publicly bid contract? Sue now or forever hold your peace.

Whether you’re an architect or a prime contractor, you don’t have time to waste if you believe that a public procurement has been improperly administered.  Once the contract you’re seeking is awarded to a rival, and even if you’re bid protest has merit, you are unlikely to recoup any meaningful damages beyond your bid preparation costs.  To protect your rights, you need to stop the public owner from awarding the contract, either voluntarily or through judicial process, now.

END_OF_DOCUMENT_TOKEN_TO_BE_REPLACED

Construction Tweets of the Week for the Week Ending October 12, 2013

1.  Now that North Carolina lawmakers have embraced public-private partnerships as a project delivery option for public works, what size projects might we see developed via P3?  Well, if the $4.8 billion (yes, that’s billion, with a “b”) expansion of I-35E in Texas is any indication, the sky’s the limit.  Here’s AGC SmartBrief editor Jennifer Hicks’ tweet about the big news from the Lone Star State:

END_OF_DOCUMENT_TOKEN_TO_BE_REPLACED

Bid Protests: Look Before You Leap

A $15 million school construction project is being let by a local board of education, and you really want this contract.  Your team has been working relentlessly over the past week to accurately estimate the project and provide the school board with the most competitive price possible.  You’ve sharpened your pencil, and reduced your margin to virtually nothing in the hopes of landing this project.  Time to submit your proposal, fingers crossed…

…Well, the bid opening has now come and gone, and unfortunately, it looks like the work is going to be awarded to one of your competitors.  However, you believe there was an irregularity in the bidding process, and the more you think about it, the more you want to contest what you consider to be an unjust result.   Should you sue in an attempt to stop the contract from being awarded to your competitor?

The answer to that question depends substantially on the severity of the irregularity you’re concerned about.

END_OF_DOCUMENT_TOKEN_TO_BE_REPLACED

Challenge To Responsiveness Of Bid For Rocky Mount Project Falls Short — But Should It Have?

At issue was T.A. Loving’s inclusion in its bid of a light fixture that did not comply with the project specifications and for which T.A. Loving failed to obtain pre-bid approval as required by the bidding instructions.  Although the City Council initially considered re-bidding the project, it ultimately awarded the project to T.A. Loving, requiring in exchange that the contractor install spec-compliant light poles at the reduced price for the fixtures recited in its non-compliant bid.

The Telegram’s story suggests this arrangement will save the City of Rocky Mount $138,000 on the light fixture component of the project — i.e., more than 2% of the total value of the contract to be awarded.   Simply put, not a bad deal for the City.  But what about for the larger North Carolina contracting community?  I have my doubts.