Wednesday’s Powerball drawing promises the winner a $1.5 billion (yes, that’s “billion” with a “b”) jackpot.  Unfortunately, your odds of picking the winning numbers are about 1 in 292 million, or roughly the same odds as an architect acknowledging a deficiency in construction plans & specifications (I kid!).  Buying a few extra tickets might “improve” your chances, but they’ll remain infinitesimally small.

Fortunately, there are some steps you can take to improve the odds your commercial general contracting business will have a jackpot year in 2016.  These five tips spring to mind:

Good luck, both with Wednesday’s drawing and with the year ahead.  As always, comments welcome!

Everything’s Bigger in Texas, Including the Construction Litigation (Part 3 of 3)

Image by skeeze via pixabay.com

This is the third of a three-part series exploring the Texas Supreme Court’s decision in Zachry Construction Corp. v. Port of Houston Authority of Harris County.  A summary of the case can be found at Part 1 of the series.  Part 2 addressed the “no-damages-for-delay” aspects of the case and commented upon the current state of North Carolina jurisprudence on the enforcement of such contract clauses.  This post explores the decision’s holding with respect to lien waivers and highlights some key issues contractors should bear in mind before executing these often-overlooked instruments.

What Zachry Says About Lien Waivers

By way of reminder, here’s the pertinent lien waiver language that gave rise to the dispute over whether Zachry waived its right to claim $2.36 million in liquidated damages (“LDs”) that had been withheld by the Port Authority:

The Port Authority argued this language constituted a waiver of all claims for payment; Zachry argued it only applied to lien claims.  The trial court saw it Zachry’s way, and the Texas Court of Appeals reversed.

The Texas Supreme Court thought the jury got it right.

END_OF_DOCUMENT_TOKEN_TO_BE_REPLACED

Filed under Case law from other states, Lien Law

An unpublished decision from the North Carolina Court of Appeals yesterday demonstrates how important it is to not only read, but also to fully understand, legally binding documents before signing them.

END_OF_DOCUMENT_TOKEN_TO_BE_REPLACED

Tagged as read before signing

Paying Twice For the Same Work is Horrendous. What Can You Do About It in North Carolina?

If you’re a prime contractor on a private, commercial construction project, your contract with the owner likely includes a provision requiring you to bond off or otherwise dispose of real property liens filed by your subs & suppliers.  And if you’re a prime contractor on a bonded public project, the agreement of indemnity between you and your bonding company makes you ultimately responsible for any bond claim the surety might pay.

Either way, you’re exposed to financial loss arising from the lien & bond claims of second-tier and more remote subs & suppliers, even if you faithfully pay your first-tier subs each and every time payment is due.

So what can you do about the risk of double payment in North Carolina?

END_OF_DOCUMENT_TOKEN_TO_BE_REPLACED

Have a Lien Claim Arising from an Improvement to Leased Property? Aim for the Right Target.

In most cases, the “owner” of a tenant improvement project is NOT the record owner of the real property, but rather the tenant who entered into the contract for the improvement.

That distinction can be critical when perfecting and enforcing mechanics liens in North Carolina.

Take, for example, the fireproofing contractor who asserted a mechanics’ lien enforcement action against both the landlord and the tenant of a leased premises in yesterday’s unpublished Court of Appeals decision in Century Fire Protection, LLC v. Heirs.

END_OF_DOCUMENT_TOKEN_TO_BE_REPLACED

Image by Shirley via Pixabay.com

I was out-scooped yesterday by good friend and fellow Raleigh construction lawyer Brian Schoolman, who announced via Twitter that the Fourth Circuit Court of Appeals has approved the filing of North Carolina mechanics’ liens even after a party higher up in the contractual chain seeks bankruptcy protection:

I highly recommend clicking the link and reading Brian’s blog post.  It does a terrific job summarizing the Court’s rationale and discussing how CSSI puts the last nails in the coffins of the 2009 Shearin, Mammoth Grading and Harrelson Utilities decisions of a lower court that had reached the opposite result, before subsequently reversing itself a few years later in CSSI, which the 4th Circuit has now affirmed.  (For additional legal context, check out my previous blog post on the Mammoth Grading and Harrelson Utilities cases.).

I write today to emphasize how important the 4th Circuit’s CSSI decision is to your construction business.  Specifically, I write to answer this question: Why does having the right to file a mechanics’ lien, after the party immediately above you in the contractual chain seeks bankruptcy protection, matter?

END_OF_DOCUMENT_TOKEN_TO_BE_REPLACED

Lienguard, Inc. Found Itself in the N.C. State Bar’s Crosshairs; Might LiensNC, LLC Be Next?

As the Lienguard case discussed in my prior blog post (immediately below) makes abundantly clear, the North Carolina State Bar is willing to prosecute unauthorized practice of law (“UPL”) claims against online mechanics’ lien service providers lacking a license to practice law in North Carolina. 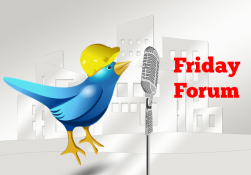 There’s been a boisterous reaction to the decision in the blogosphere, and in the Friday Forum spirit, I commend to your reading the following: “Business Court Makes North Carolina Safe for Construction Lawyers” by Mack Sperling of Brooks Pierce; “Can Software Practice Law? The Unauthorized Practice of Law and Technology” by Nate Budde of zlien.com; and “NC Business Court Enjoins National Lien Filing Firm for UPL” by Brian Schoolman of Safran Law, all of which were promoted on Twitter over the past 10 days or so:

I also highly recommend checking out the Comments section of my previous blog post.  Among the thoughts posted there are those of Scott Wolfe, Jr., founder of zlien.com, one of Lienguard, Inc.’s competitors.  Scott makes a number of thought-provoking and response-worthy arguments in support of his belief that online lien filing services do not engage in UPL.

The subject of this blog post is Scott’s argument that under the logic of the Lienguard decision, LiensNC, LLC, the limited liability company which operates the LiensNC.com website created to facilitate the filing of Designations of Lien Agent and Notices to Lien Agent under North Carolina’s new Mechanics’ Lien Agent statute, engages in UPL:

This case calls LienGuard’s preparation of notices illegal, but the UPL statute clearly enables or allows LiensNC, LLC – “a coalition of title insurance underwriters” – to assist contractors and suppliers with the state’s preliminary notices. See: http://www.liensnc.com/LiensNC__LLC.html

[T]here is some momentum to distinguish between “serious” legal documents and maybe “easy” legal documents.  The UPL “practice of law” definition and the case law surrounding it offers no opportunity to make this distinction.  Preliminary notices … are all “legal documents.”

I’ve given a fair amount of thought to these comments over the past week in trying to predict whether LiensNC.com might be among the State Bar’s next targets.  For the three reasons set forth below, I highly doubt it: END_OF_DOCUMENT_TOKEN_TO_BE_REPLACED

In a decision likely to impact out-of-state suppliers furnishing materials to North Carolina construction projects, the North Carolina Business Court ruled on April 4, 2014 that Lienguard, Inc., an online mechanics’ lien filing service, engaged in the unauthorized practice of law by preparing liens for others without first acquiring a license to practice law in the Old North State.

In The North Carolina State Bar v. Lienguard, Inc., Judge Jim Gale declared that Lienguard violated North Carolina’s statutes governing the licensure of attorneys (Chapter 84 of the N.C. General Statutes) by preparing liens, providing advice about liens and holding out that it was competent to file liens in North Carolina, all without being licensed to do so.  Judge Gale also ruled that the State Bar was entitled to a permanent injunction prohibiting Lienguard from engaging in similar acts in the future, giving the parties 20 days to draft and submit an appropriate order for the Court’s consideration. END_OF_DOCUMENT_TOKEN_TO_BE_REPLACED

END_OF_DOCUMENT_TOKEN_TO_BE_REPLACED

Embed from Getty Images
UPDATE 4/8/2014 9:45 a.m.: The Committee voted yesterday, April 7, 2014, to embrace only the second of the three recommendations discussed in my original blog post below.  I have struck through the recommendations that did not survive the final draft of the report, which is now in the hands of the Legislative Research Commission for further action.  Many thanks to Raleigh construction attorneys Jason Herndon and Brian Schoolman for alerting me to the Committee’s vote, as a trip out-of-state prevented my attendance at yesterday’s meeting.

The Legislative Research Committee charged with studying the lien rights of contractors and materialmen on tenant improvement projects meets a week from today, on April 7, 2014, to vote on a series of recommendations to the 2014 Session of the North Carolina General Assembly.  The Committee’s recommendations can be found in its recently released draft report.