The case deals with two primary issues: (1) whether a general contractor (“GC”) could avoid a no-damages-for-delay clause based on the public owner’s alleged active interference with the GC’s work; and (2) whether the GC relinquished its claim for release of liquidated damages (“LDs”) based on lien waivers it had executed in exchange for periodic payments.

At the trial level, the jury awarded approximately $17.6 million to the GC, but the intermediate Court of Appeals reversed the verdict, concluding that the Owner was entitled to just over $2.2 million in LDs, just under $1.0 million for construction defects, and just under $10.7 million in attorneys’ fees.  In other words, by the time the Texas Supreme Court was asked to weigh in, the GC had gone from nearly an $18-million winner to a $14-million loser!  That’s a huge swing, one likely to present an existential crisis for many small- and medium-sized commercial construction contractors. 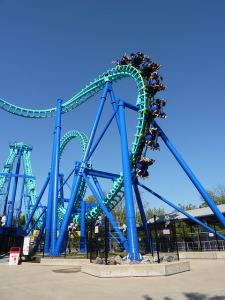 The Zachry litigation was a long, wild ride.  Image by nitli via pixabay.com

Fortunately for the GC, the Texas Supreme Court saw things its way, reinstating the jury award.  The victory, however, was not exactly decisive: 5 justices agreed with the GC, but 4 sided with the Owner.  It doesn’t get any closer, or more dramatic, than that.

While the Zachry decision is not binding on North Carolina courts, it nevertheless illustrates how judges struggle to resolve prickly construction contract issues and previews how similar legal questions might be resolved here in the Old North State.  With these realities in mind, I present to you this three-part series unpacking the decision.

This post, Part 1 of the series, fleshes out the key facts of Zachry and summarizes the respective contentions of the parties.  Part 2 will untangle the GC’s ultimately successful circumvention of the contract’s no-damages-for-delay clause and relate this outcome to the current state of North Carolina law on the subject.  Part 3 will discuss issues raised by the lien waivers executed by the GC and highlight some best practices Tarheel contractors might want to consider before signing these oft-overlooked documents.

Zachry Construction Corp. (“Zachry”) contracted with the Port of Houston Authority of Harris County (the “Port Authority”) to build a 1,660-foot, concrete-deck wharf for $62,485,733.  Zachry’s plan called for a “freeze wall” approach that involved constructing an 8-foot-wide earthen berm with soil dredged from the shipping channel and then installing a refrigerated pipe system in the wall carrying supercooled brine, which would freeze the wall and make it impenetrable to water.  This plan would allow Zachry to excavate the jobsite and build the wharf “in the dry,” saving time & money.  Time, of course, was of the essence of the contract, and Zachry faced LDs of $20,000 per day if an interim milestone — specifically, completion of two sections of the wharf by February 2006, so that a ship from China could dock and deliver cranes to be used on the wharf — and/or final completion were missed.

Nine months into construction, the Port Authority realized it needed two additional berths to accommodate the ships it expected to service at the wharf.  Zachry, however, could only meet the interim milestone if a second freeze wall were constructed to facilitate the proposed additional work.  The Port Authority wasn’t thrilled with Zachry’s proposal — its engineers expressed concerns about the potential effect on newly installed piers — but it ultimately relented, issuing a change order to Zachry for just under $13 million.

Two weeks later, however, the Port Authority reversed course, ordering Zachry to proceed with the additional work without installing a second freeze wall.  Zachry protested, citing a contract clause giving it exclusive domain over its means and methods; the Port Authority, however, wouldn’t budge.  Zachry was forced to perform its work “in the wet,” which led to delays and additional costs.  The ship from China docked late, and the Port of Authority withheld $2.36 million in LDs from Zachry’s periodic payments.  Zachry completed the project in January 2009, more than 2.5 years after the contract deadline.  It claimed approximately $30 million in delay damages and demanded to be paid the LDs it contended had been wrongfully withheld.

With respect to Zachry’s delay claim, the Port Authority principally argued that such damages were barred by the contract’s no-damages-for-delay clause, which stated as follows:

[Zachry] shall receive no financial compensation for delay or hindrance to the Work.  In no event shall the Port Authority be liable to [Zachry] or any Subcontractor or Supplier, any other person or any surety for or any employee or agent of any of them, for any damages arising out of or associated with any delay or hindrance to the Work, regardless of the source of the delay or hindrance, including events of Force Majeure, AND EVEN IF SUCH DELAY OR HINDRANCE RESULTS FROM, ARISES OUT OF OR IS DUE, IN WHOLE OR IN PART, TO THE NEGLIGENCE, BREACH OF CONTRACT OR OTHER FAULT OF THE PORT AUTHORITY.  [Zachry’s] sole remedy in any such case shall be an extension of time.

The Port Authority also argued that even if the no-damages-for-delay clause could not be enforced, the doctrine of sovereign immunity shielded it from any damages for delay.

With respect to Zachry’s claim for release of LDs, the Port Authority argued that Zachry effectively abandoned this claim by executing lien waivers in connection with certain periodic payments from which the Port Authority had withheld LDs.  The waivers stated, in pertinent part, as follows:

In the interim, please feel free to comment below.  And, if you’ve got 50 minutes to burn, I invite you to watch the parties’ oral arguments here.

2 responses to “Everything’s Bigger in Texas, Including the Construction Litigation (Part 1 of 3)”