When More Is Less: The Paradox of Differing Site Conditions Clauses 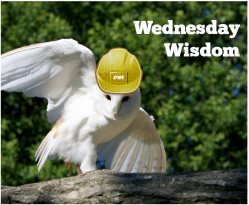 If I were to tell you that unforeseen subsurface conditions — for example, wetter-than-expected soils requiring a change to a building’s foundation — resulted in a substantial cost-overrun on a publicly bid project, you’d probably say, “that’s lousy news.”  In the context of that one project, I’d have to agree with you; unexpected cost increases can create uncomfortable financial, PR and political pressures for a public project’s participants, not to mention unwelcome additional costs for John Q. & Jane Q. Taxpayer.

But what if I told you that the contractor’s entitlement to increased compensation on that one project would ultimately save the government much more money on future projects?  “Sounds great,” you might respond, “but I don’t believe in fairy tales.”

You don’t have to.  You just have to believe in the differing site conditions (“DSC”) clause.

Such provisions shift the risk and costs of unforeseen site conditions from the contractor to the owner, entitling the contractor to a change order when unexpected conditions are encountered.  Considered in the vacuum of a single project, that sounds like bad news for taxpayers.  But considered in the context of the broader public procurement process, DSC clauses probably result in savings to the body politic over the long run.

It’s neither dopey nor a fairy tale to believe that differing site conditions clauses save taxpayers money over the long haul.  Image from Wikimedia Commons

Why?  Because for every project that might involve a claim under a DSC clause, there might be nine projects without such claims.  Imagine if those nine projects were bid on a lump sum basis and without a DSC clause appearing in the underlying contract documents.  The bidders would have to inflate their bids with a contingency to cover the risk & cost of potentially encountering unforeseen subsurface conditions.  That, in turn, would result in artificially higher overall construction costs for the general public when the contingency built into the successful bidder’s contract ends up being unnecessary, but still must be paid under fixed-price contracting legal principles.

Paying a whole lot more on every project just to avoid additional costs on an occasional project doesn’t make a whole lot of sense to me.  I don’t think it made a whole lot of sense to the North Carolina Court of Appeals in 1980, when it embraced DSC clauses as a means to “encourage low, competent bids” on public construction projects in S.J. Groves & Sons and Co. v. State, 50 N.C. App. 1, 59, 273 S.E.2d 465, 495 (1980) (internal citation omitted):

Cost hazards are such in subsurface areas that qualified contractors, prior to the adoption of the article used in standard forms of government contracts, were obliged to make extremely high bids based on the assumption that the worst conditions conceivable would be met in the performance of the work.  Drafters of contract forms foresaw greater economy to the government if contractors could be encouraged to bid upon normal conditions, with the assurance that they would be reimbursed in case of abnormal conditions actually encountered and to the extent that they actually increase costs.  …  To ignore this policy is to open the door to disastrous consequences for the State.

And I don’t think it made a whole lot of sense to the Federal Circuit Court of Appeals a month ago, when it ruled in the Metcalf decision that differing site conditions claims should be permitted on federal design-build (“D/B”) projects.  That’s why I applauded the Metcalf decision in a recent LinkedIn post:

Perhaps counter-intuitively, this result should benefit both federal agencies and the tax-paying public over the long haul.  As others have observed in the months after the lower court decision was first issued, barring federal D/B contractors from DSC recovery likely would have had the dual effect of (1) chilling some contractors from federal D/B participation at all (reducing competition and raising procurement costs) while (2) requiring bidders to include large, wasteful and potentially cost-prohibitive contingencies in their responses to RFPs.  The Federal Circuit should be commended for issuing a decision that takes the long-view, protects the public fisc and supports utilization of the D/B project delivery system at the federal level.

So celebrate the DSC clause, taxpayers.  It makes bids for public works more accurate and rewards contractors with added compensation only when subsurface conditions are actually encountered.

And to prime contractors on private projects, where an opportunity to negotiate contract terms likely exists, I add this: make sure an appropriate DSC clause is in your contract to mitigate the risk of fighting over unforeseen site conditions down-the-line.  Subsection 3.7.4 of the AIA-A201™ General Conditions and Subsection 3.16.2 of the ConsensusDOCS™ 200 General Conditions both do the trick; you can compare the two on page 22 of the linked manuscript co-authored by North Carolina construction attorney Harper Heckman.

One response to “When More Is Less: The Paradox of Differing Site Conditions Clauses”