It’s typical for subcontracts to include a clause binding the subcontractor to the decisions of the project architect.  Such terms help general contractors and construction managers at-risk avoid obligations to subs below that can’t be passed through to owners above.  That’s a sensible and enforceable risk allocation most of the time.

But not all of the time.

Sometimes, the architect doesn’t play fairly.  Sometimes, the prime contractor fights hard for itself, but not hard enough for its subs.  And sometimes, a statute might provide a remedy when the subcontract does not.

On such occasions, as discussed below, subcontractors might avail themselves of an escape hatch: 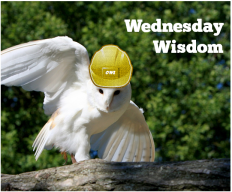 1.  Architect Bad Faith.  Various jurisdictions recognize that when an architect makes a decision fraudulently or in bad faith, that decision should not be binding on subcontractors.  For example, in North Carolina, the rule is that where the a prime and a sub agree that the architect’s determination shall be conclusive, that agreement is generally enforceable, “except in cases of fraud or gross mistake as would necessarily imply bad faith or a failure to exercise an honest judgment.”  Welborn Plumbing & Heating Co., Inc. v. Randolph County Bd. of Educ., 268 N.C. 85, 150 S.E.2d 65 (1966).  While proving fraud, gross mistake, bad faith or dishonesty by an architect can be challenging, the hurdle might be overcome on appropriate facts.

2.  Prime Contractor Prevents Relief.  Suppose a prime contractor files a large claim against an owner arising from a bevy of project issues, including the architect’s refusal to approve certain change orders affecting a particular subcontractor.  Now suppose the prime contractor enters into a global settlement with the owner resolving all open issues, but fails to secure any payment on account of the subcontractor’s extra work efforts (I recently blogged about the dangers of mediating with less than all of the parties affected by a dispute).  A legal principle known as the “prevention doctrine,” which holds that a prime contractor cannot rely on a condition precedent when it prevents or hinders fulfillment of that condition, might come into play.  Moore Bros. Co. v. Brown & Root, Inc., 207 F.3d 717, 725 (4th Cir. 2000).

3.  The Role of Anti Pay-If-Paid Statutes.  In North Carolina, courts will not enforce contract clauses making the owner’s payment to a prime contractor a condition precedent to the contractor’s obligation to pay a sub.  N.C. Gen. Stat. § 22C-2.  Relying on this statute, our Court of Appeals has refused to enforce a subcontract clause purporting to excuse a prime contractor from paying subcontractor change order and delay claims when the owner denied such claims.  Am. Nat’l Elec. Corp. v. Poythress Commercial Contractors, Inc., 167 N.C. App. 97, 604 S.E.2d 315 (2004).

Bottom line, a subcontract term binding a subcontractor to the decisions of the architect is likely to be enforced by the courts and construction arbitrators.  But on appropriate facts, one or more legal principles could provide a work-around.  Whether you’re a subcontractor seeking relief or a prime contractor defending a claim, an experienced construction attorney can help you sort through the issues.