It overlooks a few simple but critical words recited in the federal Miller Act, as well as similar language contained in North Carolina’s Little Miller Act.

Both statutes say essentially the same thing: not only must notice of claim under the payment bond be given from 90 days (federal projects) or 120 days (North Carolina public projects) from last furnishing of labor and/or materials; it must be given from the last furnishing of labor and/or materials for which payment is sought.

That distinction can make a world of difference.  Here’s an example of how: 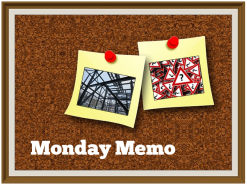 Imagine you’re a second-tier provider & installer of security cameras on a wildlife refuge visitor center project owned by the U.S. Fish & Wildlife Service.  Your sub-subcontract is with the project’s first-tier security subcontractor, placing you firmly on the second tier, and within the federal Miller Act’s notice-of-claim requirements.  You last performed installation work on April 30, 2014, and later that day you submitted your final invoice, seeking payment in-full.  As of July 31, 2014, however, you hadn’t been paid the balance of your sub-subcontract; nor had you furnished notice of claim under the prime contractor’s payment bond.  You then spent a week in August training employees on the system’s operation (part of your base scope) and switching out a few cables (arguably extra work, but you neither provided notice of claim nor sought a change order timely, as required by your sub-subcontract).

It’s now September 29, 2014.  You still haven’t been paid.  Worse still, the first-tier subcontractor filed for bankruptcy protection last Friday.  You decide it’s time to put the prime contractor and its surety on notice of your payment bond claim, citing your last day on-site in August (which was obviously less than 90 days ago) as your last furnishing date.

That might not do the trick.  Why?  Because you didn’t bill for your August work.  In fact, your documentation shows that you billed for the entire remaining balance of your subcontract at the end of April.  Sure, the training work you performed in August was pursuant to your contractual obligations, so you have that going for you.  But would a trial court judge conclude that was work for which payment was sought, when final payment was sought back in April?  Your final invoice could be a major obstacle.

The good news is courts tend to afford public payment bond statutes a liberal construction.  The bad news is that they also tend to construe statutory notice and suit deadlines strictly.  As an example, check out how Judge Boyle trimmed the second-tier subcontractor’s Miller Act claim in AMEC Environment & Infrastructure, Inc. v. Structural Associates upon finding that the claim was asserted well after the claimant’s base scope of work had been completed.

The takeaway?  When you’re a remote sub or supplier on a government project, and therefore subject to the notice-of-claim requirements of the Miller Act or Little Miller Act, be mindful in establishing your date of last furnishing.  Don’t assume commissioning, training, punch list work, providing replacement parts or similar activities represent last performance, particularly if you have already submitted a “final” bill prior to such performance.  Once you submit an invoice for final payment, it may be difficult to prove that any subsequent activity represents performance “for which payment is sought.”

Generally speaking, the most conservative approach is to set your claim notice deadline based on the date you last performed labor and/or supplied material for which you actually sought payment, and avoid reliance on subsequent commissioning, training or similar activities (unless, of course, you’re planning to hold off on your “final” billing until these activities are actually completed).  Better still, consult with an experienced construction attorney to map out an appropriate strategy for ensuring your payment rights are secured timely.