Is Bidder Prequalification Reform Within Reach in North Carolina?

Statutes governing the procurement of public construction contracts are intended to promote honest and open bidding procedures, thereby placing interested contractors on an equal footing when competing for the work.  A Pennsylvania court observed way back in 1908 that it is the duty of public awarding authorities “to see that the purposes aimed at by the laws shall be effected in good faith.” 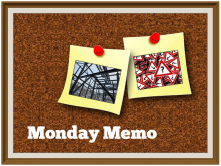 Many contractors are skeptical that standard is being met in North Carolina.

As I’ve previously written, a number of prime contractors recently testified before the General Assembly’s Purchase and Contract Study Committee about how the statute permitting prequalification of bidders is often misused so that certain contractors are favored over others, particularly in the construction management at-risk context.  The opportunity for misuse arises from the utter lack of any statutory direction for exercising the right to prequalify under existing law (click image below for larger version):

Thankfully, the Committee appears ready to recommend extensive and significant modifications to this bare-bones statute.

The draft legislation it is currently contemplating has the following four key features:

(1)  It Would Provide a Statutory Definition of “Prequalification.”  The current draft of the proposed legislation would define “prequalification” as a “process of evaluating and determining whether potential bidders have the skill, judgment, integrity, sufficient financial resources, and ability necessary to the faithful performance of a contract for construction or repair work.”

Worth mentioning is a proposed amendment that would limit the scope of a public body’s prequalification policy to the following: (1) whether the bidder has adequate bonding capacity; (2) the outcome of any previous contracts between the bidder and the public body; and (3) actual knowledge of litigation or other circumstances leading the public body to conclude the bidder may lack sufficient knowledge or capacity to complete the proposed contract.

(3)  Bidders Denied Prequalification Would Be Entitled to Protest the Denial.  The draft legislation mandates “a process to protest to the governmental entity denial of prequalification, which process shall be completed prior to the opening of bids … and which allows sufficient time for a bidder subsequently prequalified pursuant to a protest to submit a bid on the contract for which the bidder is subsequently prequalified.”

(4)  Awarding Authorities Would Have to Justify Use of Construction Management at Risk.  If the current draft were to pass, construction management at risk (“CM@R”) contracts could only be let after the public entity concludes that CM@R project delivery is in the best interests of the project and has compared the costs and benefits of using CM@R instead of the single- or multi-prime contracting methods.

The Committee is scheduled to meet on April 16, 2014 to discuss these legislative recommendations.  Members of the contracting community, including John Muter of Muter Construction, undoubtedly will be watching:

Thank goodness the legislators are looking at prequalification abuse and the misuse of CMAR.

UPDATE 4/8/2014 10:15 a.m.:  Thought I’d pass along this Twitter comment from Eileen Youens, a public procurement attorney in Dallas, Texas who previously worked at the UNC School of Government.  Back in 2009, Eileen authored an excellent blog post on prequalification in North Carolina, and it’s mandatory reading for those interested in the subject.  The link to Eileen’s post is included in her tweet:

@MattBouchardEsq Great discussion! (I blogged about this in 2009: http://t.co/traZuAffL5.) I hope any reform adds clarity, not confusion.

For more on Eileen’s practice in Dallas, visit her home page.