N.C. Supreme Court Reverses the Court of Appeals, Holds a 20-Year Warranty Means What It Says

In September 2013, I blogged about the decision of the North Carolina Court of Appeals (“COA”) in Christie v. Hartley Construction, Inc., which held that owners of an improvement to real property could not recover money damages under a supplier’s express 20-year warranty because the lawsuit was filed outside of North Carolina’s applicable six-year “statute of repose.”  That statute, codified at N.C. Gen. Stat. § 1-50(a)(5), bars damages actions arising from improvements to real property asserted more than six years after substantial completion.  The COA’s Christie decision effectively meant that the statute of repose trumped an express warranty of a longer duration.

As I mentioned in my prior blog post, however, one of three COA judges on the Christie panel dissented from the majority’s opinion, giving plaintiffs the right to appeal to the state’s Supreme Court.  They did.  And that Court reached the opposite conclusion of the COA majority, ruling that the protection provided by the six-year statute of repose could be waived without violating North Carolina public policy.

Homeowners contracted with Design-Builder (“D/B”) for the construction of their new home.  D/B constructed the home with structural insulated panels (“SIPs”) as load-bearing exterior walls that needed to be protected from the elements by an exterior cladding system. 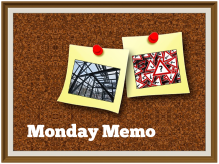 D/B recommended that Homeowners use Supplier’s synthetic stucco system, marketed by Supplier as “extremely well-suited [for] use over Structural Insulated Panels.”  Homeowners researched the recommended system on Supplier’s website, which promised that when properly installed, the product “is fully warranted for twenty years to not crack, craze, fatigue or delaminate from the substrate.”  Homeowners claimed they bought Supplier’s product based, in part, on these representations. The result, however, was not pretty:

Several years later, [Homeowners] began to notice cracks and blistering in [Supplier’s system] and moisture intrusion into their home.  Further investigation revealed that the moisture had caused substantial rot and delamination of the SIPs, significantly compromising the structural integrity of the home.

Homeowners made a demand under Supplier’s 20-year warranty.  Supplier offered to replace the synthetic stucco system, but refused to compensate Homeowners for the labor cost of installing the replacement product or
for any damage caused by the moisture intrusion into their home.

Homeowners sued.  The trial court granted Supplier’s motion for summary judgment based on the statute of repose.  As you know from above, the Court of Appeals affirmed the trial court’s decision in a divided opinion.  Homeowners appealed to the state’s Supreme Court.

[T]he six-year repose period set out in the statute provides valuable protection to those who make improvements to real property, but … the beneficiaries of the statute of repose may choose to forego that protection without violating any rule of public policy.

The Outcome of the Case

The state Supreme Court found that Homeowners’ evidence suggested they carefully researched Supplier’s system and other possible exterior cladding systems for their home, and were influenced by Supplier’s 20-year warranty when making their final decision.  The Court held as follows:

As a result, we conclude that [Supplier] knowingly and freely entered into a contract of sale with [Homeowners] in which [Supplier] bargained away the protections of the statute of repose. The contract at issue provided for a warranty of twenty years.  That warranty stands in its entirety.

What do you think?  Did the North Carolina Supreme Court get the Christie decision right?  As always, comments and questions are most welcome.

One response to “N.C. Supreme Court Reverses the Court of Appeals, Holds a 20-Year Warranty Means What It Says”