Creative carpool-lane scofflaws, like this artiste from New York, might soon be able to retire their mannequins, at least in the Charlotte area.  As reported in today’s Charlotte Observer, N.C. Department of Transportation Secretary Gene Conti informed the Charlotte City Council on Monday that a contractor could be selected to convert high-occupancy vehicle (“HOV”) lanes to high-occupancy toll (“HOT”) lanes on I-77 as soon as this time next year.   Once the conversion is complete, high-occupancy vehicles would be authorized to use the HOT lanes without charge, but solo motorists trying to shorten their morning and evening commutes would have to pay a toll via electronic transponder. 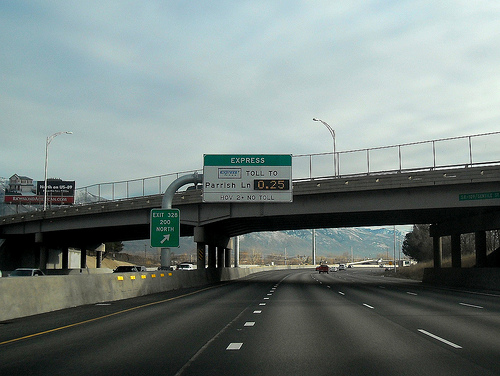 The project could cost upwards of $200 million, but it wasn’t the price tag that caught my eye.  Rather, I’m interested in the possibility that the conversion could be financed through a public-private partnership.  A number of other states have either utilized or are considering utilizing “PPP’s” in developing HOT lanes.  In fact, Georgia appears primed to build new toll lanes alongside I-75 and I-575 in Cobb and Cherokee counties through a PPP, at a price tag over $1 billion.

Which got me to thinking: